The TunaTech GmbH has been established based on a long-standing involvement in several European research projects dealing with fisheries and aquaculture, especially the Atlantic Bluefin Tuna (Thunnus thynnus). Over the last 10 years the team gained a strong background and expertise in these fields. Our aim is to contribute to a sustainable and eco-friendly aquaculture for the future.

Launch of the ˈCentral SME Innovation Programmeˈ project (ZIM) “Development and utilization of antimicrobial peptides for ornamental fish and aquaculture” in cooperation with the company Numaferm GmbH.

Tunatech was nominated for the Next Economy Award 2015, category “FOOD”. Award ceremony will be on the 26.11.15 in Duesseldorf.

– 02.-05.06.2016  –
In cooperation with the Office of Economic Development Düsseldorf, TunaTech will exhibit at the “SUSTAINICA” sustainability fair

– 26.10.2015 –
Tunatech and ArabesQ will attend the “Küchenparty” (Kitchen Party) on the 26th October at the Breidenbacher Hof and present its tuna specialties as well as a 100 kg Bluefin Tuna.
Reservations at 0211 160900 or info.bbh@capellahotels.com

– 15.03.2015 –
TunaTech employed three working students in cooperation with the University of Düsseldorf. The Bachelor and Master students will support TunaTech in its different R&D sectors.

– 01.03.2015 –
TunaTech is partner in the H2020-INFRADEV-2014-2015 project – EMBRIC – “European Marine Biological Research Infrastructure Cluster to promote the Blue Bioeconomy” with the overarching objective to build interconnectivity along three dimensions: science, industry, and regional RDI policies. The expected endpoint is the formation of a perennial cluster of RIs, which will foster innovation in marine biotechnologies. Project start will be in June 2015.

– 15.01.2015 –
Since the beginning of the year TunaTech joined a cooperation with the statistical company quasol GmbH (Link: www.quasol.de). The experimental designs and statistical analyses are playing a central role during elaborate biological experiments. Hereby the experimental sample size as well as already existing processes (e.g. feeding) will be optimized by quasol´s quantitative methods.

In captivity, almost all fishes exhibit reproductive dysfunctions during the start of their domestication. To ensure efficient spawning and a consistent supply of eggs for grow out, treatment of the broodstock fish with special stimulants is a generally accepted method to circumvent this problem. With our self-made CRD-system (controlled release delivery) for several regulatory biochemicals we can secure a long-term therapy and spawning success for scientific purposes. The required stimulant is embedded into porous plastic material and formed to an implant. Free swimming fish like tunas were implanted into dorsal musculature by divers via harpoon or jabstick, respectively. Smaller species can be induced by hand after slight sedation. Typically three to seven days post implantation mature fish start to spawn.

The reproduction and the spawning synchronization of following fish species was successfully achieved with the help of our implants for several times:

Many satisfied customers and millions of produced eggs serve as our proof of concept. Implants are customized due to clients wishes (species, fish weight, implantation technique). 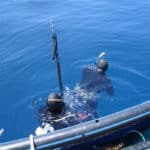 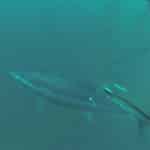 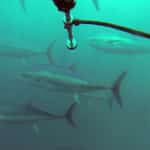 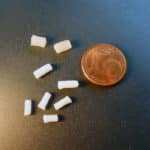 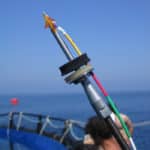 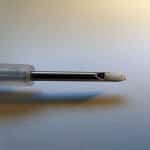 Our Diagnostic services include: 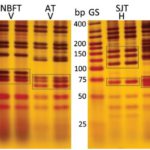 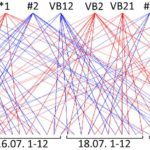 We have established a tagging system of crucial important for fish farmers. Our self-made ID-tags provide information for every individual. After tagging, it is possible to distinguish every single fish by it´s unique colour-code fast and easily.The ID-tags are implanted into the dorsal musculature of the fish using a spear gun fitted with a specially designed spearhead. A medical grade elastomer is used to stabilize the tags, which are held in place by nylon arrowheads.Starting point of every downstream analysis is the collection of sample material. We are able to collect muscle samples during implantation and tagging processes or separately from free swimming broodstock individuals with a harpoon or a jabstick, respectively. For TunaTech´s molecular biological downstream analyses please refer to our diagnostic services.No mortalities were observed after sampling or tagging treatments. 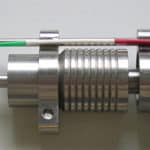 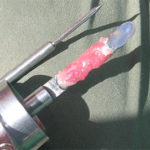 An ideal positioning of spawning sites and grow out cages is essential for profitable marine aquacultures. Deficient temperature profiles and vigorous currents at the cage sites are one of the main reasons for no or low reproduction rates and unsuccessful egg collection in marine-based broodstocks (e.g. Atlantic blue fin tuna).

We are able to perform for you site surveys for aquaculture re-establishments as well as for already existing facilities.

A first initial study for the ideal cage position is carried out by a self-developed software (AnalyzeHDF), which generates temperature arrays of specific locations via satellite SST data. This is possible without on-site measurements.

• Mediation of contacts to our network of professionals / Take advantage of our qualified scientific network worldwide?

Over the last 10 years we have created a highly branched network in the field of tuna aquaculture. This world-wide network of experts includes plant manufacturers, hatchery managers, nutritionists and more upon request.

to improve your reliability towards customers and to validate your wholesalers products.
more Information

The demand for high quality fishes like tunas, amberjacks, etc. is increasing continuously worldwide. Due to that fish products are one of the most mislabeled food sources. The reason for that is the huge biodiversity of fishes on the one hand as well as enormous price and quality differences on the other hand. Recent studies of the American Food and Drug Administration (FDA) proved that fish, traded under the names “Tuna“ and „Snapper“, are showing mislabeling rates between 59-87%.To reduce the risk of buying mislabeled and overpriced fish, TunaTech offers a reliable test for all fish species based on DNA analysis.Our team is highly experienced in the use of molecular biological techniques for species identification in marine organisms and their products. By this test TunaTech will identify the exact species. For example we will tell you not only if the material belongs to a tuna or redfish but also if it´s a Yellowfin Tuna (Thunnus albacares), Bigeye Tuna (Thunnus obesus), Deepwater Redfish (Sebastes mentella) or Rose Fish (Sebastes norvegicus). 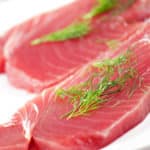 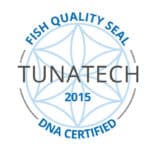 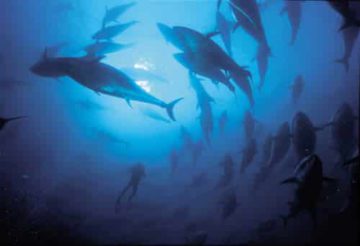 by the reduction of bacterial infections during larval rearing and grow-out via a natural substance patented by TunaTech. 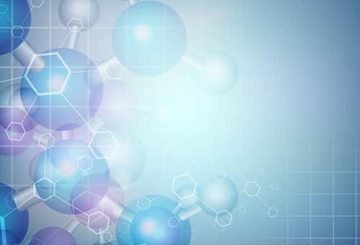 by addition of fermented amino acids and proteins as well as by natural substances and their derivates. 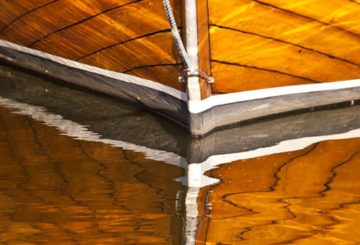 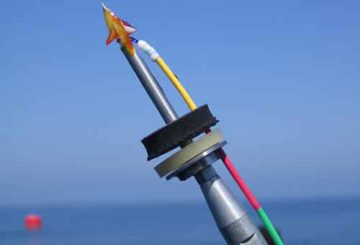 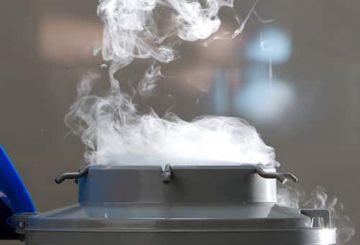 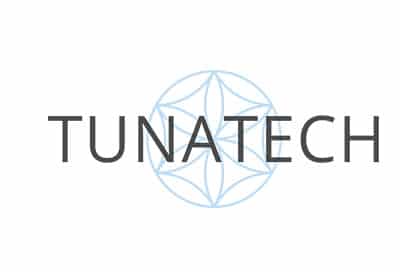 Due to depleting fish stocks the capture production is stagnating since 30 years whereas in the past 50 years the global production of aquacultural products increased by over 42 times from 1,5 M tons to 63,6 M tons. In the same time the human consumption raised from 9,9 kg to 18,1 kg per capita. But until 2012 only 3% of the produced amount was created by marine aquaculture. Together with the raised demand this huge gap indicates the growth potential of sustainable marine aquaculture in particular.

Driven by the lasting overfishing the stocks of many commercial valuable species are threatened. Especially the numbers of large predatory fishes like the Atlantic Bluefin Tuna (Thunnus thynnus) decreased dramatically. Over the past decades the natural populations of the Atlantic Bluefin tuna have decreased markedly when compared with fisheries data from the past. Since 2008 with amendments in 2012 a reinforced multi-annual recovery plan has been in place for a period of 15 years regulated by the International Commission for the Conservation of Atlantic Tunas (ICCAT) which strictly limits the amount of tuna which is allowed to be caught and sold legally. At the present time this quota is set at 13,500 tons.

Until now there is no real aquaculture for the Atlantic Bluefin Tuna in the Mediterranean. The present strategy of Atlantic Bluefin Tuna fisheries is to catch live and mature fish during their spawning migration, separate them into large net pens, tow them near the shore and fat them for several month until they get slaughtered. Mostly the fish caught have not spawned yet and do not start to spawn naturally during the fattening process. Due to these facts the actual way of tuna farming is not sustainable and supports the depression of the stocks.

Within the EU-funded DOTT, REPRODOTT, SELFDOTT and TRANSDOTT projects as well as in the Italian ALLOTUNA project the first European reproduction successes were achieved with assistance of TunaTech scientists. The ultimate aim of these projects was to replace wild caught fish with fish out of sustainable aquaculture which is still the main target TunaTech.

Shukry Na’amnieh is CEO of Tunatech and one of the founders. He did his doctor´s degree in enzyme & biotechnology with special emphasis on enzyme development through molecular engineering and synthesis of fine chemicals. Dr. Na’amnieh holds patents focusing on the biotechnology field and who has founded afterwards successfully numerous biotech companies like X-Zyme GmbH and multiBind biotec GmbH, RheinCell Therapeutics and more where he worked in leading positions. Dr. Na’amnieh is a member of the expert committee for entrepreneurship at the University of Düsseldorf. He completes the team in several issues and with his long-time experience as a CEO and also as a scientist he will contribute to achieve sustained success for the company.

Mr. Schulz CTO (Chief Technology Officer) of the TunaTech GmbH studied biology at the Heinrich-Heine-University of Duesseldorf and did his doctor´s degree with the focus on fish reproduction and fish physiology, especially for the Atlantic Bluefin Tuna. Due to his long-term participation in several EU-projects dealing with the domestication of the Atlantic Bluefin Tuna, he gained expert knowledge in fish research and tuna aquaculture in the past 8 years. At that time amongst others he assumed care for the technical equipment and the development of self-made long term release implants for different hormones. Together with his colleague Mr. Florian Borutta he successfully applied for a founders grant (EXIST) financed by the German Federal Ministry of Economics & Technology and the European Structural Funds in the year 2012. Subsequently in 2013 both could achieve a follow-up financing by the Pre-Seed Grant sponsored by the Heinrich-Heine-University of Duesseldorf. These phases built up the base for the foundation of the TunaTech GmbH.

Mr. Borutta CSO (Chief Scientific Officer) of TunaTech GmbH did his diploma in biology at the Heinrich-Heine-University of Duesseldorf in the field of respiratory physiology of air breathing fishes. He received the doctor´s degree for his work on different molecular biological techniques to improve aquaculture and tuna aquaculture in particular. Due to his contribution in the above mentioned tuna EU-projects in the past 8 years he obtained professional unique know-how in this sector. He developed together with Mr. Schulz the products & services which comprises one part of the business of the TunaTech GmbH. As mentioned above he has been also significantly involved in the EXIST and Pre-Seed Grants.

Close
We use cookies to ensure that we give you the best experience on our website. If you continue to use this site we will assume that you are happy with it.Ok